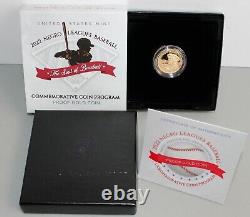 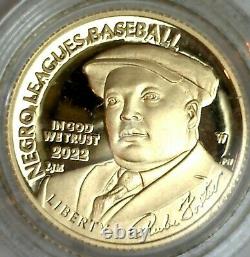 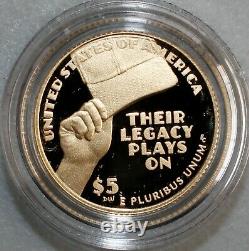 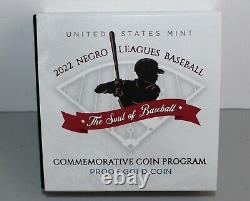 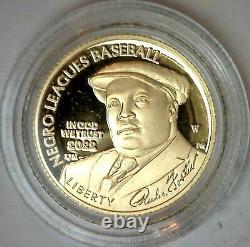 The Negro Leagues Baseball Commemorative Coins are being minted in honor of the 100th anniversary of the establishment of the Negro National League, a professional baseball league formed in response to African-American players being banned from the major leagues. Public Law 116-209, which authorized the commemorative coin program, requires the coins to be emblematic of the Negro Leagues Baseball Museum and its mission to promote tolerance, diversity, and inclusion.

Obverse: Features a portrait of player, manager and executive, Andrew "Rube" Foster with his signature. Foster established the Negro National League in a meeting held at the Paseo YMCA in Kansas City, Missouri, in 1920. Inscriptions are "NEGRO LEAGUES BASEBALL, " "IN GOD WE TRUST, " "2022, " and LIBERTY. Reverse: Depicts the gesture of tipping one's cap, an important sign of respect for players.

This item is in the category "Coins & Paper Money\Coins: US\Commemorative\Modern Gold (1984-Now)". The seller is "wintercoins" and is located in this country: US. This item can be shipped worldwide.