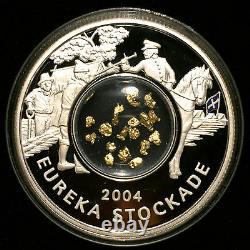 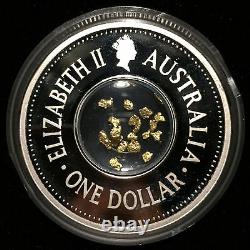 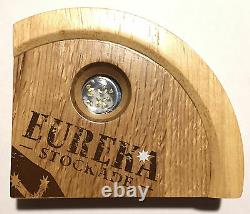 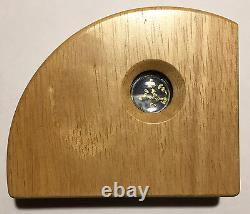 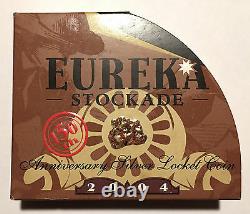 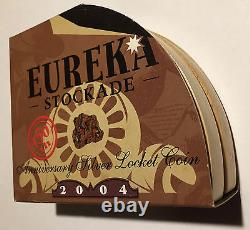 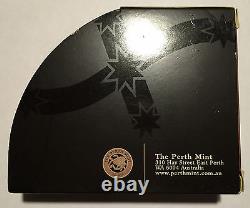 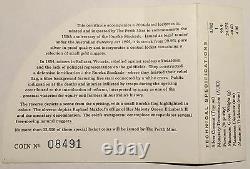 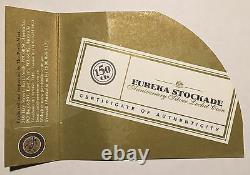 The Year 2004 marks the 150th Anniversary of the Eureka Stockade. It was 1854, Zealous officialdom and the lack of political representation on the goldfields near Ballarat, in Victoria, inspired miners to hoist their rebel flag. The Perth Mint has released a unique silver coin featuring a'locket' concept, which is used to encapsulate small, free-moving objects. This coin has Natural Alluval Nuggets weighing 0.3g are encapsulated in each coin.

The reverse depicts a scene from the diggers' 1854 uprising, with small Eureka Flag highlighted in colour. The Perth Mint has limited this release to no more than 12,500 coins world wide and is struck from 0.782oz of 99.9% pure Silver in proof quality. The coin is housed in a timber presentation case, inspired by the shape of a gold pan and is accompanied by a numbered certificate. Eureka means I have found it!

In ancient Greek, and is supposedly what Archimides exclaimed when he discovered a way to determine the purity of gold. By applying the principle of specific gravity. Eureka is part of the California state seal, referring to the Gold Rush, and it is also inscribed on these exciting new coins from Australias Perth Mint genuine gold nuggets. 2004 Mintage: 12,500 Actual Mintage: 11,138. 999 & Natural Australian Gold Nuggets.

The seller is "goodkarma415" and is located in Elk Grove, California. This item can be shipped worldwide.